The bodyshop industry in the Republic and Northern Ireland turned out in force last week to support the PPG Industries sponsored ABP Club Ireland National Meetings and Expos, which were held at the Aviva Stadium, Dublin and the Lagan Valley Island Centre, Lisburn.

Ireland’s first ever ABP Club Ireland National Meeting and Expo, kicked off with a pre-meeting dinner at the Clyde Court Hotel in Dublin courtesy of PPG; where guests were served a fantastic 3 course meal and made the most of the valuable networking opportunity. The pre-meeting dinner was well attended by bodyshops and work providers and received superb feedback.

The main event sponsored by PPG and Nexa Autocolor took place at the Aviva Stadium in Dublin, on Wednesday and was hailed as a resounding success with upwards on 160 guests in attendance.

David Cresswell, Chairman of the ABP, addressed the Dublin meeting and gave the audience an overview of the UK market, pointing out some of the issues that UK repairers are currently facing. 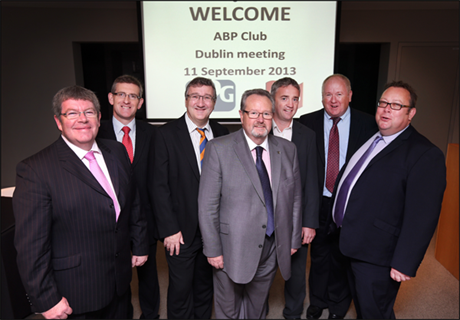 David was followed by presentation by the Institute of the Motor Industry (IMI). In a quick-fire question and answer session with David Creswell, Gethyn Davies, Markets Director, UK & Ireland Refinish, PPG Industries, and John McGowan, Business Manager, PPG Industries Ireland compared and contrasted the UK and Ireland markets, and discussed the big opportunities and challenges. This led to a great level of audience participation and stimulated debate. 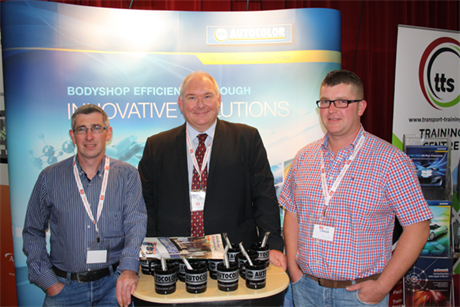 The audience also saw presentations from Thatcham Research focusing on new vehicle technologies and the impact on repair methods, Society of the Irish Motor Industry (SIMI) focusing on the new ‘Certified Steel Standard’ (CSS); a voluntary standards programme for professional bodyshops in Ireland. The audience heard that, the VBRS hopes to have in the region of 50 bodyshops approved by the end of the year, ahead of a nationwide public awareness campaign, beginning early next year. 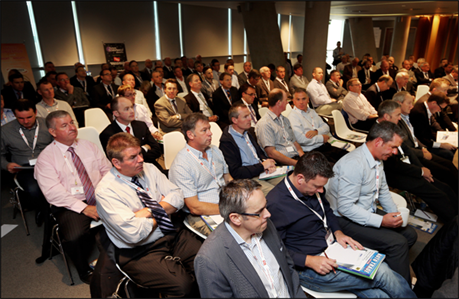 A packed audience at the Aviva Stadium, Dublin

The Meeting and Expo moved to Lisburn Valley Island Centre on Thursday, where another large crowd attended.

The Meetings and Expos brought together large numbers of bodyshop owners and managers, with suppliers to the bodyshop sector, along with other stakeholders in the industry such as insurers, trade associations, inspection and assessment bodies etc.

“PPG are absolutely delighted by the recent success of the ABP National Meeting. The events were a resounding success and we were extremely pleased to see attendance from across all sides of the industry. There was a very high level of engagement and the overall feel of the event was very positive; we are very pleased to have aligned the PPG and Nexa Autocolor brands so closely with what we believe will now become a key event in the Ireland Repair Market diary”